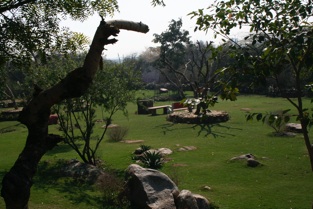 Courses to be offered for Winter 2022 for Ph.D

The manifold agendas of public policy and legal reform in India remain impoverished in the absence of substantial research in many areas that impact the everyday life of Indian citizens. Since its inception, the Centre for the Study of Law and Governance has initiated a new interest in examining how practices of governance get stabilised through law and how these practices open law to further contestation. The Centre adopts a multidisciplinary approach to framing research and teaching on the relationship between law and governance. .

The study of governance, in its various forms and at different sites, is central to several contemporary issues: the reform of public institutions and public law; the creation and establishment of procedures and rules that lead to greater efficiency, transparency, and accountability; and the challenge of making governance more inclusive and participatory through the strengthening of democracy and civil society.

The Centre’s interdisciplinary focus draws on critical social science approaches in its attempt to explore how practices of law and governance are embedded in political, economic, social and historical processes; how practices of governance are dispersed over various sites ranging from the government, bureaucracy, judiciary, community and family; the socio-legal processes that deter or provide access to justice; and notions of governmentality, sovereignty and rights in specific politico-jural regimes.

The normative ideals of justice, equity and freedom thus inflect the Centre’s critical interrogations of existing institutions and practices of law and governance. It is in this spirit that, while the Centre’s academic programme produces scholarly research in these areas, it also seeks to translate theory into practices of governance and by initiating debate, sharing research and providing a platform for dialogue between the academy, government, civil society and international agencies.

In the decade since it came into existence the Centre for the Study of Law and Governance has developed at least three attributes that make it a distinctive part of the intellectual landscape. First, the Centre is explicitly inter-disciplinary, as evidenced by the diverse academic trainings of its faculty and its student body as well as in the teaching and research programme it has fostered. Second, the Centre has developed a reputation as a location where academic rigour can be meshed with reflection on policy and advocacy. Third, the Centre has become a focal point for understanding the links between the formal legal framework and governance in practice.

The Centre has successfully attempted pedagogical innovations. Its teaching of optional courses is largely in the seminar format where students read in advance of the class, making presentations and engaging in discussion in the classroom. The faculty also makes use of audio-visual materials such as documentary and feature films. In some courses, open-book examinations are also conducted.