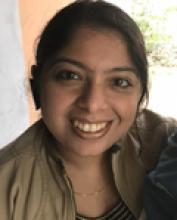 A research highlight on “Faster test for tuberculosis” published in Chemical Technology from across RCS publications, Volume 9, 5th August 2008.